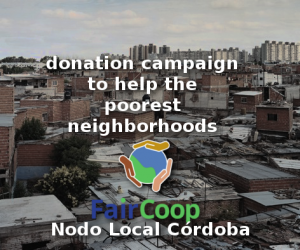 This is the first campaign proposed by Dan Córdoba from the Local Node Córdoba for the development of an economy based on the improvement of human relations and cooperativism in Córdoba, Argentinaa

The development of services in cryptocurrencies is making it’s first steps. the popularity of cryptocurrencies and those who choose them is increasing rapidly, many people prefer this form of payment because they do not want to declare the totality of their goods to the national states, as they also fall short in the advance towards the necessary rhythms in transparency and attention in the administration of the legal tender. Due to the growing conflict that exists in several southern regions, we seek to establish new control mechanisms for people, their work force and their assets. Bitcoin has freed and facilitated many people the cross-border payments, which can then be exchanged for the local currency of this new territory. This opens new possibilities for the development of a new system in the future. These people who change their Bitcoin for money now, are changing in exchanges or face-to-face with people of confidence, we can see that it is revalued again in the market thanks to its continuous movement, we see that Bitcoin has acquired value that is really provided by its usefulness. Observing this need of the growing market, it is important to note the place where all that traded Bitcoin is going. There are so many places where you can use Bitcoin, but the punctual is the demand of the local market, the local market where many people are dependending of the circuit of a legal currency, and there is not so much immediate adoption. So, our proposal is that this bitcoin capital should be used in a place that is acceptable, and that generates an economy in motion, that according to FairCoop’s vision are the emerging local markets, those that are generally found in the most humble neighborhoods and slums.

OUR PROPOSAL
We have a project, in which we seek, to alphabetize people in very deprived neighborhoods with much need in Córdoba, we seek to generate more social justice, so that in addition to learning to read and write, those people approach new technologies and the future of the currency, that is, we are also looking for digital literacy.
Our job is to take technology to places where there is less awareness of technological advances, to the poor and humble neighborhoods of Córdoba, to do this work it takes a lot of effort.
In our project, we have volunteers, unpaid who devote their time, to teach people, with all the effort that this implies, an important detail and dedication to human relations, that governments and traditional politics are not willing to subsidize as it should be.
In addition to that literacy is a double effort, because first, before teaching to use a wallet to a person, it is required in many cases to teach him to read and write, all this effort, very few people are willing to do it, and generally it is done by people who have a vocation.
We believe that literacy and digital literacy, can be accompanied by the hand and in the same sense that generally when you learn about the use of the economy in fiat money, you do not need to know much about reading and writing, in fact you have learned it With practice and experience, the important thing is always that there is a human quality in teaching, that is, a personalized teaching. 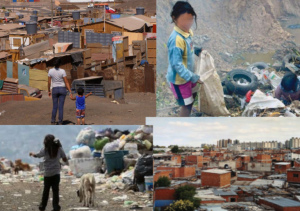 This is our proposal, it is somewhat complicated, therefore we need a lot of donation help, to pay costs of: advertising, brochures, banners, stickers, printing paper portfolios, mobility, an incentive for volunteers, and some cryptocurrencies real to perform test transactions.

This brief description of the use of the donated funds is made more extensive and dynamic in the following link:

That is why it requires your help

The second part of the campaign seeks a disposition of the donors, the participation in this first campaign, the reinsertion of the capital of the currency of the legal course. The second campaign will be a crowfunding that will be oriented to generate, a synergy with the circular economy generated by the cryptocurrencies contributed in the beginning, for which you have a right in the account, besides donating, contact the Nodo Faircoop Córdoba in telegram. Do not miss this great opportunity to benefit in those who also do it in the global south, in Córdoba Argentina, we contribute so that you also win in the process.

FORMS OF MAKING A DONATION

First you have to enter the amount to donate in the lower left box on this site, this will take you to a form where you have to complete with your personal data, such as email, after completing this information, send the form, and You will receive an email, with the payment options to make the donation. We prefer that the donations be in Bitcoin, because we already have a community of users of this currency with which to get change in Argentine pesos. People from Argentina and surrounding areas who do not use cryptocurrencies may also donate in pesos per paid market. We know that it is somewhat difficult and complicated to complete a form, and follow the steps, but we prefer that you do these actions, because they ensure the transparency of the donation campaign, since the donated amount will be displayed on the Coopfunding platform. Another important item to keep in mind, is that we give more than what we receive, therefore, if you have any concerns about getting more information about the campaign, or you have any curiosity about FairCoop, do not hesitate to ask us means of communication links in our telegram channel.

We thank you for reading our campaign, make a donation to
“decentralize the world even more”.
Links describing the situation of the Córdoba region in Argentina:
https://viapais.com.ar/cordoba/937531-advierten-que-la-mitad-de-los-ninos-en-cordoba-esta-en-condiciones-de-pobreza/
http://www.cippes.org/noticia/25/crecimiento-y-profundizacin-de-la-pobreza-en-la-provincia-de-crdoba