All pledges will be collected automatically until 29/09/2018.

Mihajlo is a photographer, documentary filmmaker and journalist based in Serbia. He is interested in environmental issues, agroecology, social ecology, alternative social and economic models. He is active member of FairCoop Local Node in Novi Sad.

Gardenarium is a documentary film project with a focus on presenting urban garden communities in their work and efforts, as well as promoting ecological farming in urban areas, and alternative socioeconomic models.

Our intention is to make a documentary film that would be receptive to the broader audience. And which would be more complex and detailed in the treatment of the topics. The authors of the series and the future film are particularly interested in social and ecological aspects of food production. The film will question the links between food production and climate change and social and economic equality, and also rural-urban relations and cooperation. The film will present several practical and useful examples of permaculture solutions in urban gardening.

So far, the first six pilot episodes have been made in Serbia and Croatia, with a total duration of about 80 minutes. Garden communities from Novi Sad, Belgrade, Šabac and Zagreb were presented in the series, while two episodes were themed. One is about composting and one about communities. The series was filmed in the autumn of 2016, and they are made primarily for online internet presentation. The film would contain a part of the material from the series, and various additional filming will be done. We will film on locations in Serbia, Croatia, Montenegro…around Balkan region. And aside of urban garden communities, we will work on a film with agriculture cooperatives and Community Supported Agriculture groups.

The idea of the authors of this project is to expand this practice of growing food and gardening in cities as a future necessity, as well as a healthy socio-economic alternative. The basic human activity of growing their own food should become available to all who are interested in it. 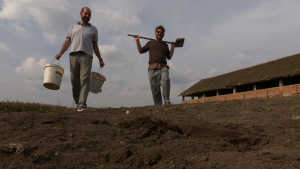 The documentary team is further developing the continuation of Bašte from M. projects.

-Second film has a working title: Hands around the house. It is a documentary on ecological architecture and building with natural materials, which is being prepared in cooperation with the Center for Earth Architecture in Mošorin (SRB) and various project collaborators, enthusiasts, activists, builders, architects. Contacts have been established and photo documentation is being prepared.

-The plan is to make a third film, which would be about alternative communities, movements and concepts .. (Social Ecology, Political Ecology, Permaculture Movement, Degrowth, FairCoop, Integral Revolution …)

This would be a complete round film project: The Garden, House and Community, that`s the idea! 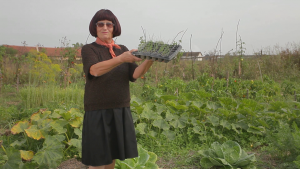 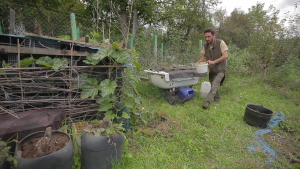 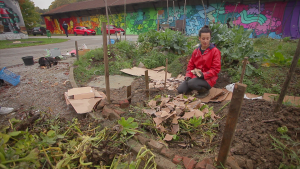 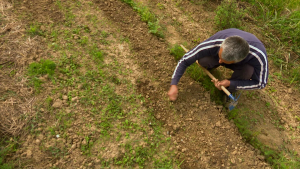 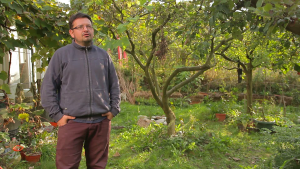 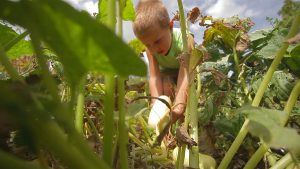