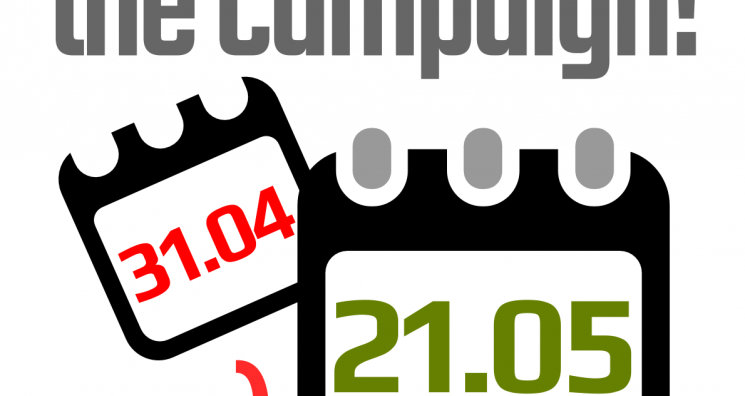 0 Comments
Today we decided to extend this cofinancing campaign three weeks more, until 21 May.
Among the reasons for this extension it is on the one hand, the slower than expected progress of some of the actions that are taking place and which will give a more concrete content; on the other, new opportunities for media exposure that will happen in the coming days and could help give strength to this campaign.
Obviously the main reason for continuing #OccupyBanking #ReturnWithFreedom is that we are still far from economic goals we set out to allow carry it out. In fact, we have spent the equivalent to two months of campaigning despite that with the amount raised we could only finance the first month. Really we need a push in the coming weeks to enable the plan for the coming months.
We take this opportunity to thank the 49 people who have already participated in the campaign with various contributions and especially the Festival of Moià which raised 402 euros and are already included in the amount collected so far.
We go forward! Thanks to all!!
The #OccupyBanking #ReturnWithFreedom Team