Bring the Espai Transparent to life!

We open this campaign to be able to fund the “Discharge-Recharge” Open Jams project at Espai Transparent, a space of re-encounter within the community and also with ourselves and our health, a space of confluence of synergies between people as well as a space to foster the evolution of consciousness through Art, alternative information, healthy food for body and mind, and ethical, cooperativistic, social and solidary economy. All together we look for ways to keep going ahead.

This 6th to 13th of September, grassroots movements from across the world are meeting in Iceland to discuss new strategies and build a movement for worldwide democratic confederalism.

We’re building a brand new iOS and Android wallet solution for FairCoin that will have all of the basic sending and receiving features. The wallet will support fairchains.

Pre-campaign for the future of Enric Duran’s exile

Having lived and visited about 90% of the countries of the old continent, these facilities are on their way to ending in 2020, when my ID will expire, a document that I can not renew at an spanish embassy without risking to be detained and extradited

The Spring Academy is a space for essential contact and evolution. This is achieved through workshops, circles, performances and coming together for people of all ages. It’s all about Sharing!

To make dreams come true you have to do one thing: START!

And that’s what we did. Many hours of voluntary work have been invested into the Spring Academy and we are glad to carry on making this project true. All of our work will be wasted if this doesn’t include one special person: YOU!

The Spring Academy shall be free to anyone who wants to join. Any donation will be appreciated though. To guarantee a high quality of learning, food and sleeping place for everyone we rely on donations.

In return, we will send you love and good vibes and blessings from the bottom of our beautiful hearts! 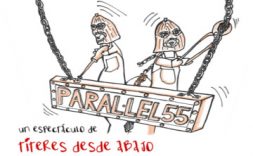 Paral·lel 55: Last show of the company Puppets from Below

The company Títeres desde Abajo has started to work on a new show to release it at the beginning of next year. Coinciding with the centenary of the La Canadiense strike in Barcelona, we decided to do up a work that recalls that important historical moment while telling us a current story that tells us of the loss and ignorance of our labor rights and in particular of the strike . Due to the importance of the topic that we are going to speak, we have proposed to do of this project with special care and we have thought about having different collaborations that help us present it as we think it deserves.

Faircoin will be the currency of the ‘II Mostra do Posible’ meeting
As a Local Node, we have the opportunity to teach the Faircoop ecosistem and tools to the different social organizations.
We ask for donations in faircoin currency to pay part of the meeting, and euros to be able to ensure faircoin & euro exchange.
It will be in Cangas do Morrazo (Galicia), on October 6th and 7th, 2018.

At the 2017 meeting , 52 entities participated. We can put faircoins in circulation!.

When talking about our story, first of all, we want to emphasize that one day, hopefully soon, this will really become OUR story. A story of all included, anyone who wants to participate, a story of a community that builds it’s own part of a creative and self-sustainable space, a story of no one left aside.

We are a group of people working and supporting a cooperative grocery store in Heraklion, Crete, Greece. “The Snail” is a project that serves as a center of support for local collectives and small producers which makes use of alternative local & global currencies and tries to enhance ecological awareness.

Can you help us grow stronger?

Gardenarium is a documentary film project with the focus on practice of growing food and gardening in cities as a future necessity, as well as a healthy socioeconomic alternative. The film will question the links between food production and climate change and social and economic equality, and also rural-urban relations and cooperation.

Spring Academy 2018 for the evolution of education and arts. 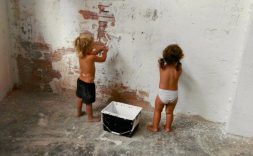 We are a group of passionate parents and teachers about free education who are committed to work on an educational project, based on a respectful vision towards children.

After years of searching trying to find the best place with the best condition, the Barcelona City Council has given us a place near Montjuic mountain that needs a major reform in order to carry out the daily activities of the school in a safety way.

Can you give us a hand to get it?

We’re Arterra Bizimodu, an independent and self-organized community of fifty adults and children making our way as an ecovillage. Can you help us on the way towards energy sovereignty?

Any help for as little as it may seem will be more than welcome to make a dream come true! Lovers of rock and underground music, now we need you more than ever!

Errekaleor Bizirik is a neighborhood and project in which we live in a community based on the principles of self-management and self-determination (autogestion) in Gasteiz, Basque Country. We are creating an alternative way of living in which we take an active part in the creation of our own lives and society. As a part of this process, we are trying to achieve energy sovereignty in our neighborhood, creating an environmentally friendly and off-the-grid electrical system that will provide for all of our homes and communal spaces. We want to turn Errekaleor into a self-sufficient island of renewable energy that has no need for corrupt and exploitative private electrical companies like Iberdrola.

An open, cross-age and interdisciplinary community to taste the right to self-determination in a wide range of life issues.

This is a campaign for getting some hundreds of people who can commit to buy at least 200 faircoins per month by person, with the goal to reach at least 6000 euros and 120000 faircoins, every month. This will cover the needs of the producers and merchants who accept faircoin.

Radical Routes, a network of co-operatives working for social change are looking to raise £15k for a women’s worker co-operative bakery in Kobane a city rended apart by the long civil war in Syria, but now being run under democratic principles as an autonomous region.

Pay in advance our CD and help us to make this dream come true!

The first goal is to fund the Faircoin 2 development. FairCoin 2 will be an important blockchain-based innovation to allow the Faircoin blockchain to function, secured with ‘proof of cooperation’, and bring to the world a really functional alternative to the current unfair systems that are based on competition between nodes.

The economy of Rojava, or Syrian Kurdistan, is mainly based on wheat agriculture.
Due to the embargo imposed by Turkey, this year only 10% of the fertilizer needed. Amidst the constant attacks from jihadist groups, Rojava faces a great famine.
Rojava is the only effective force against ISIS, and it hosts half a million Syrian refugees. It is also the heart of the feminist and ecological revolution in the middle east.
We are making organic fertilizer to increase Rojava’s independence and walk towards our goal of 100% organic agriculture.
For years Rojava has stood with the world against terror and fascism. Now it is your turn to stand with Rojava. 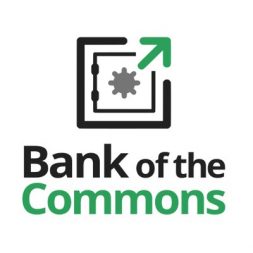 Bridge for cards to Bank of the commons

This is an internal tool for bringing the option to members of Botc to put money in their account with a card. (the money…

We want to finance the team that is already working on the launch of the #OccupyBanking campaign with the intention of placing at the center of public debate the total lack of democracy of the European Central Bank (ECB) and large private banks who control the monetary system, and especially the creation of money. A perverse system based on debt with these institutions – who have never been voted in democratically – hijacking our sovereignty. The #OccupyBanking campaign also wants to be the spearhead for creating the conditions that allow the #ReturnWithFreedom of the activist Enric Duran. 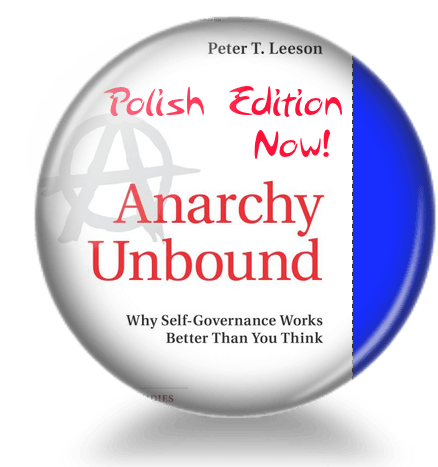 We are raising money for Polish translation of \”Anarchy Unbound\” book by Prof. Peter Leeson. The book is the first full-blown analysis of anarchist self-governance in various contexts. Most of the money will go to the translators and editors who are grassroot activists, running international solidarity projects – Expedition Freedom and Connecting The Dots. So, your donations will work twice – both times in the interest of freedom and self-governance!